The global call for cleaner and renewable energy use has never been stronger than it is now. With the signing of the Paris climate accord by the United Nations of which Nepal is a signatory, drastic measures are being employed to ensure energy security for the foreseeable future. 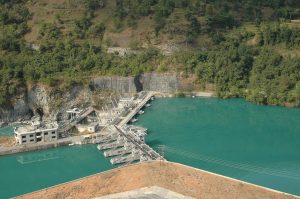 However, energy from the burning of fossil fuels has proven to be unsustainable and highly detrimental to our environment. It has, therefore, become necessary for the nations of the world to invest in renewable energy sources such as solar, wind, hydro power etc.

As an investor, the opportunity presented by the government of Nepal on renewable energy investment is too good to ignore. The nation aims to become a middle-income country by 2030. To achieve this feat, at least 6,000 MW of additional energy is needed. There is a growing demand for energy as new industries and infrastructure projects spring up, straining the already limited available power.

Luckily, Nepal is one of the richest countries regarding water resources. Nepal has around 6,000 rivers and rivulets with an annual runoff of about 225 billion cubic meters of flowing water. And a favorable geographical set­up endows this country with massive hydropower generation potential. Studies reveal about 43,000 MW of hydropower potential in terms of installed capacity is technically and economically viable. So far, only about 1010 MW has been generated till date.

Hydropower can become a primary energy source, not just for citizens but its cross-border neighbours as well. On this note, the Nepal government has taken measures to ensure a favourable environment for investment in the energy sector of the country. And here are the opportunities these measures present.

To encourage private sector investment in hydropower, the Government of Nepal has adopted a liberal policy. Until 1991, the hydropower sector was under the purview of the government. With the enactment of the Hydropower Development Policy, 2049 (1992), the Government of Nepal opened the hydropower sector for private investment as an outcome of its liberalisation policy. One of the objectives of the policy was to encourage national and foreign-private sector investment for the development of hydroelectric power.

Over the years, the legal regime of Nepal has progressed to create an investment environment more palatable for private investors. Some acts, rules and policies have been formulated to regulate the hydropower sector. Hydropower projects in Nepal are implemented based on the BOOT (Build, Operate, Own and Transfer) model and thus they should be transferred to the government of Nepal after the expiration of the period specified in the license.

The Government has assured it will not nationalise hydropower projects, transmission systems and distribution systems operated by the private sector during the license term.

What does this mean for you as a hydropower investor? It is simple: there is a large market already waiting, so you’re guaranteed your ROI. The government is serious about improving its poor energy situation to meet local as well as international demands.

In a nutshell, efforts and arrangements made by Nepal indicate the level of seriousness existing in the country towards the promotion and development of the hydropower sector, which has been declared as the priority area of the country. Investors can grab the prevalent untapped hydropower potential and benefit from the vast opportunities. It can be confidently stated that the future for hydropower development in Nepal is promising. 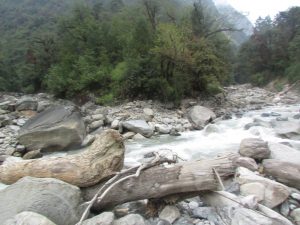