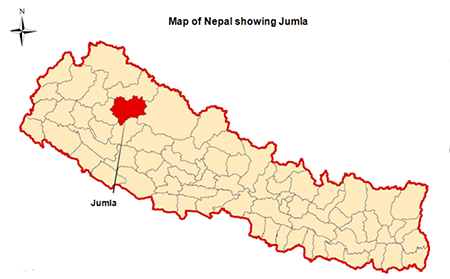 Karnali Zone is headquartered at Jumla, in northwest Nepal. According to information from the United Nations, Jumla is one of the poorest and most remote regions of the country.

Ludhiana Holdings is a renewable energy infrastructure development company based in Kuala Lumpur, Malaysia, and is a private limited company – denoted by “Sdn Bhd.”

In a press release, as reported by My Republica on Dec. 11, Ludhiana Holdings Managing Director, Manjit Singh, said over the next five years the company is seeking private equity and bank financing to invest US$400 million for hydropower projects in Nepal.

The company has not yet received a licensing decision, but said it is currently working on the Jawa Jumla project in collaboration with Nepal’s Ministry of Energy. On Dec. 11, Ludhiana Holdings opened a hydropower development resource center in Bansbari, designed to provide potential investors with information.

Bansbari is a village located in Bagmati Zone, about 207 miles southeast of Karnali Zone. Bagmati Zone is in the Central Development Region of Nepal, which contains the Kathmandu Valley.

In November, HydroWorld.com reported the cancelled 1,200-MW Budhi Gandaki project, also in the Kathmandu Valley, is back on track following the government’s appointment of the Nepal Electricity Authority as its new developer.

If constructed, the Jawa Jumla project will provide electricity to the rural area in which the standard of living for its residents is limited due to the lack of infrastructure; mainly roads, market centers, communication and electrification.